Difference Between MI and Redmi : All details about Redmi and MI

Mobile phones create a huge impact on an individual’s lifestyle and habits. There exists a whole world consisting of mobile technology and brands, choosing one among them is one of the most hectic tasks. Talking about MI and Redmi, both of them are brands of Xiaomi which is a Chinese company manufacturing smartphones, laptops, home appliances, etc. 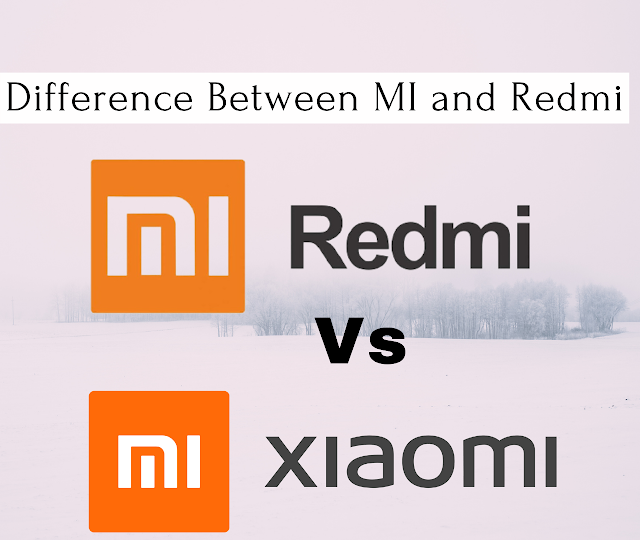 Xiaomi was founded in 2010 by lei Jun. Xiaomi released its Redmi note 4 and became India’s No1 smartphone brand. The sales of Redmi phones kept on increasing and the phones were getting sold out within minutes of launch. Xiaomi has many products including MI series, MI note series, Redmi, poco series. They have sales-based marketing where they earn their profits by high volume sales. Their products are cost-friendly, efficient, and value for the price.

In 2018, Xiaomi became the world’s 4th largest phone manufacturer, leading in two of the largest markets i.e China and India (because of the population). It presently has 16,700 employees worldwide. They have a vast business expanded in many countries such as

Xiaomi is a billion-dollar industry with millions of users worldwide. MI is the flagship brand of Xiaomi and Redmi is the budget series. The latest model of MI is the Xiaomi Mi 10i. Other smartphones are Redmi power 9, Xiaomi Mi 11, Redmi note 9 4G, Redmi note 9 pro 5G, Redmi K30s, Redmi 9, Redmi 10X, Mi 10, Mi Note 10, Redmi 8, and many more.

Users can choose from this vast range of smartphones according to their desires, budget, and preferences. In India, it is a very popular brand as the population of the middle class is very vast, the demand for cheap phones is very high in the market, Xiaomi meets the demands of the customers of India.

Xiaomi has also been awarded as the budget phone of the year in 2019. Offering a smartphone with such a low cost that meets all the demands of users is a difficult task. There is a lot of competition in the market when it comes to the technology market but the quality and reliability of Xiaomi phones are top-notch. It has three brands – Redmi, Mi, Poco phone. Users can choose among a various range of products Xiaomi has to offer.

Here, is the main difference between MI and Redmi:

Both MI and Redmi phones are good for their costs. Customers who are looking for a phone which has a good camera quality, a fast processor, frequent software updates, is more reliable, high maintenance, premium looking appearance but with slightly higher prices can go for MI phones.

More task-oriented users, who have no desire for premium appearance, want a phone which is efficient for its cost, support them in basic tasks like calling, SMS, average camera, and are more durable can go for Redmi phones

Cryptocurrency Mining | How to Mine Bitcoins | Is Bitcoin Mining Profitable in India?